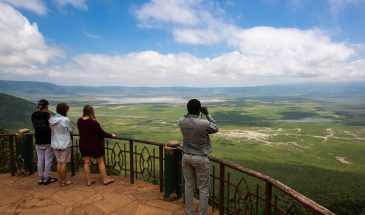 A guided expeditions into the wilderness of exciting national parks in Tanzania, its flora , fauna and breathtaking landscapes.Tour includes the wildlife’s interactions…

A guided expeditions into the wilderness of exciting national parks in Tanzania, its flora , fauna and breathtaking landscapes.Tour includes the wildlife’s interactions among their families and predators.

After breakfast ,our guide will pick you from Arusha. After small briefing about todays expedition , we will drive from Moshi to Lake Manyara. Between 12.00-1.00 pm we will have our picnic lunch. Post lunch , we will go for afternoon game drives. Dinner and overnight stay as per the standard and type of accommodation option requested during booking. Non game-viewing travel time: 2½ hours Distance: 130 km

Soon after the breakfast we will descend 600m into this magnificent crater for a full-day game drive. The Ngorongoro Crater is one of the most densely crowded African wildlife areas in the world and is home to an estimated 30,000 animals including some of Tanzania’s last remaining black rhino. Supported by a year round water supply and fodder, the Ngorongoro National Park supports a vast variety of animals, which include herds of wildebeest, zebra, buffalo, eland, warthog, hippo, and giant African elephants. Another big draw card to this picturesque national park is its huge population of predators, which include lions, hyenas, jackals, cheetahs and the ever-elusive leopard Dinner and overnight as per the standard and type of accommodation option requested on outside the crater. Non game-viewing travel time: 1½ hours Distance: 60 km

After breakfast we will depart for the Tarangire National Park. The park runs along the line of the Tarangire River and is mainly made up of low-lying hills on the Great Rift Valley floor. Its natural vegetation mainly consists of Acacia woodland and giant African Baobab trees, with huge swamp areas in the south. Both the river and the swamps act like a magnet for wild animals, during Tanzania’s dry season. After a picnic lunch we do an afternoon game drive. Dinner and overnight in the Tarangire National Park area, as per the standard and type of accommodation option requested. Non game-viewing travel time: 3 hours Distance: 210 km