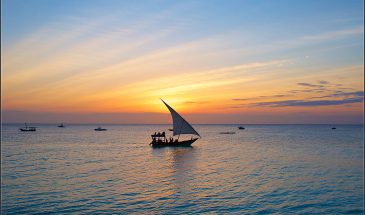 Trip Enquiry
Keywords : Dar essalaam , Moshi , Paradise Beach Resort , Stone Town , Zanzibar
Trip code WT-CODE 6921
Transportation Facility: Bus,Car Tour Guide: Available Meals : Breakfast,Lunch,Dinner,Drinking Water 2 litr
Zanzibar is undoubtedly one of the most beautiful islands in the Indian Ocean, if not all over the world. The Archipelago is surrounded by the coral reefs, beautiful sandy beaches, natural and unexploited lagoons and mangrove swamps, which are rich in marine life. The island is accessible by air and water bodies.

Africa. Tanzania. Zanzibar Archipelago
Program Category: excursions, sea, beach, various water activities
The complexity of the program: easy
Duration: 10 days
Season: all year round
Program cost: 2720 USD
The state of Tanzania (United Republic of Tanzania) is located in the eastern part of central Africa, washed by the Indian Ocean, in which there are a number of islands, including the archipelago of Zanzibar. The capital is Dodoma.

On the territory of Tanzania are: 15 National Parks, the highest mountain in Africa – Kilimanjaro (5895 m), the largest freshwater lake in Africa – Lake Victoria.

Archipelago of Zanzibar. There are two main islands that make up the mysterious, yet romantic name ZANZIBAR, Unguja the capital island and Pemba her smaller twin sister. Early Indian sea farers made it a stopping of point with their trading caravans called the island “ZENJI BAR” meaning the black coasts.

Spice Tour in Zanzibar famous known as the ‘Spice Island, or in Swahili language Marashiyakarafuu is a succulent green getaway filled with exotic species of spices and plants whilst on your spice tour you will have an opportunity to taste, smell and see how the various spices and fruits are grown, the tour will end up with a visit to the Kidichi Persian baths and the Maruhubi Palace ruins. In the afternoon you will be transferred to Nungwi for maximum relaxation at Paradise Beach Resort Zanzibar. Stone Town Tour After breakfast you will be leaving the hotel involve in a guided tour of Stone Town, where is the center of Zanzibar’s culture, You will discover the lavishly decorated buildings and intricately carved doors also you will visit the famous slave market where nowadays the Anglican Church stands some time called the House of Wonders, Dinner and Overnight at Paradise Beach Resort Zanzibar.

After your northern safari after the Kilimanjaro climb to Zanzibar. After arrival you will be transferred to your hotel, and then the afternoon is free to lighten up on the beach or spend some time walking through the narrow streets of Stone Town, Overnight at Paradise Beach Resort Zanzibar or any related hotel.

After a late breakfast you will be transfer to the air port starts, where you will fly either to Dar essalaam or Nairobi to connect your flight back home or choose another tour in East africa.

Be the first to review “ZANZIBAR EXPEDITION 2 DAYS” Cancel reply