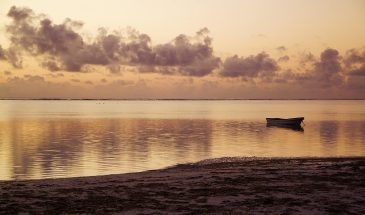 Trip Enquiry
Keywords : Dar essalaam , Fumba Village , Jozan Forest , Moshi , Paradise Beach Resort , Stone Town , Zanzibar
Trip Code :WT-CODE 6926
Transportation Facility: Bus,Car Tour Guide: Available Meals : Breakfast,Lunch,Dinner,Drinking Water 2 litr
Zanzibar is undoubtedly one of the most beautiful islands in the Indian Ocean, if not all over the world. The Archipelago is surrounded by the coral reefs, beautiful sandy beaches, natural and unexploited lagoons and mangrove swamps, which are rich in marine life. The island is accessible by air and water bodies.

Africa. Tanzania. Zanzibar Archipelago
Program Category: excursions, sea, beach, various water activities
The complexity of the program: easy
Duration: 10 days
Season: all year round
Program cost: 2720 USD
The state of Tanzania (United Republic of Tanzania) is located in the eastern part of central Africa, washed by the Indian Ocean, in which there are a number of islands, including the archipelago of Zanzibar. The capital is Dodoma.

On the territory of Tanzania are: 15 National Parks, the highest mountain in Africa – Kilimanjaro (5895 m), the largest freshwater lake in Africa – Lake Victoria.

Archipelago of Zanzibar. There are two main islands that make up the mysterious, yet romantic name ZANZIBAR, Unguja the capital island and Pemba her smaller twin sister. Early Indian sea farers made it a stopping of point with their trading caravans called the island “ZENJI BAR” meaning the black coasts.

Meet and greet at Zanzibar airport then to picked up and drive to stone town totel and then to do Stone town tour where u can amazing historical of the heart of Zanzibar island as know as Stone town,U have chance to see the slave market site,house of wonder,old fort,palace museum and narrow shopping and the will get chance to get a lunch and then to go to the prison isla to see a tortoise and enjoy the blue ocean by doing snokling then will back athe hotel to over night.

Morning at 8:30 picked up from hotel to fumba village where you will meet your special boat special Guided safari blue tour: It is about visting three different sand banks and you stop in one of those for Sea food lunch where by later you do snorkeling and having chance of seeing dolphin. It is full day back at 17:30 fumba village and arrives at hotel around 17:30 back to hotel to overnight.

Morning after breakfast pick up at 8:30am to Jozan forest to see red monkey we call red monkey becase there is a four fingure and the to drive up to spice farm where you can see different types of spice and how they grow up plus tasting the seasonal fruits and to experience the normal life of the local people in the village and then will back to the airport to flight buck at u are home

Be the first to review “ZANZIBAR EXPEDITION 3 DAYS” Cancel reply